About Our Clock Shop

Owners Paul and Marge Schmitz dreamed of opening their own clock shop. That dream and journey began when Paul lost his mother. Their family heirloom mantel clock soon stopped working. The family could not find anyone to repair this special clock. So Paul began tinkering with it. Soon he had it running again and restored it to its previous working condition. This sparked a passion and desire to learn more about clocks and clock repair. Paul and his wife Marge both enrolled in the horology (study of timekeeping and clock repair) course of study at Milwaukee Area Technical College in 1984. Paul and Marge were also fortunate to find a mentor in clock repair and soon began an apprenticeship under Bob Nemitz of Waukesha, Wisconsin.

After a year of college study and apprenticeship, Paul and Marge were able to run their own clock repair business at a private location where they performed full-service clock repair. After ten years of professionally repairing clocks at their private location, the dream of opening their own clock shop was finally realized when Paul and Marge bought the former Marine One Bank building in their hometown of Merton, Wisconsin in 1996. Although they had been an Authorized Service Center for sometime prior to this for several major clock manufacturers, they also became an Authorized Dealer for new clocks. Doing business as Gift of Time, this former bank building is still their current location and houses their repair facility and new clock showroom.

Paul and Marge have been longtime supporters of the National Association of Watch and Clock Collectors and have been a member since they first began repairing clocks. Their career has no doubt been helped by such wonderful support from the National Association, their college instructors and mentors. Yet they feel their commitment to customer service and offering the best in selection, service and pricing has separated them.

Paul and Marge are also pleased to welcome their family into their business. Indeed, Paul and Marge’s family is involved in nearly every aspect of their clock shop. This is truly a family-run business and they are very proud of that. The entire family welcomes everyone into their shop and into their lives. 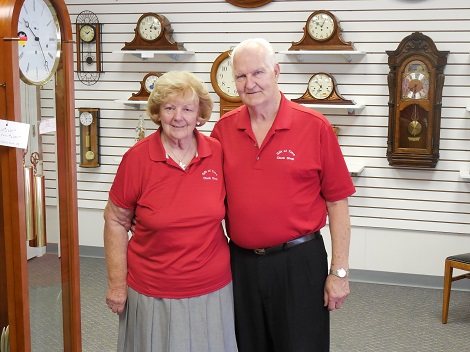 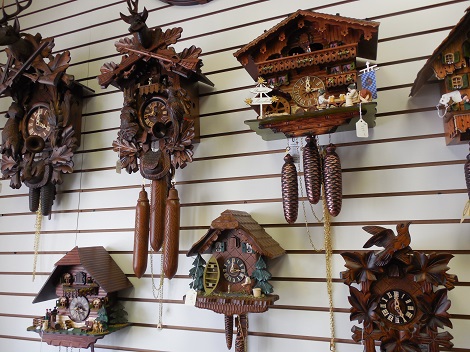 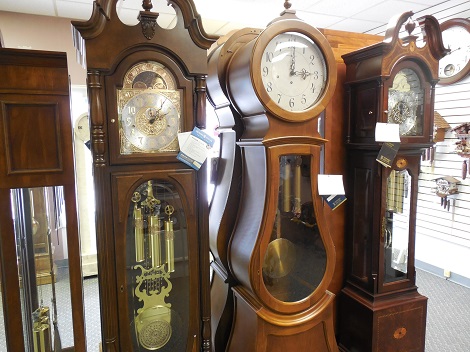 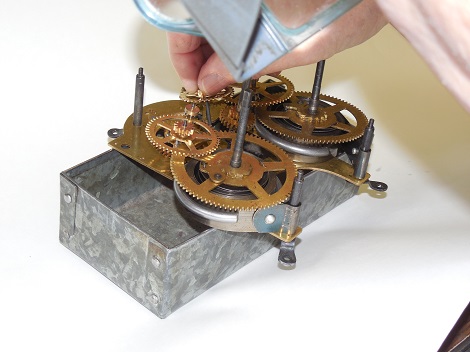